This month we celebrate our 12th anniversary.

Our aim has been and will continue to be striving for excellence in both design and quality.

It has all passed by so quickly and what a long way we have come, with many beautiful projects, happy clients and fantastic projects to work on.

You can view examples of our projects from the past 12 years HERE and over on our dedicated conservatory gallery site.

So today, we will start at the very beginning, it is 2008, what was happening in the world?

In the world of pop, Britney Spears was carried out of her home on a stretcher and taken into custody after police were called in a dispute involving her children.

There was the death of Heath Ledger, who played the iconic part of The Joker in Batman.

January was also a big weather month, with stories about flooding, snow and storms.

And the first signs of the coming recession started to become apparent.

Last working of Tower Colliery, the last deep mine in the South Wales Valleys.

In February stories were about the US election campaign, setting the scene for what was undoubtedly one of the biggest stories of the year.

Prince Harry's stint in Afghanistan came to an abrupt end after news of his secret deployment leaked out.

Bank of England's rate-setting committee cutting interest rates to what now seems like a positively stratospheric 5.25% from 5.5% attracted a lot of interest amid signs of the slowdown in the UK economy.

March was money month with the budget, markets being rattled by worries about the banking system.

Warren Buffett, CEO of Berkshire Hathaway, is named the richest person in the world by Forbes magazine

London Heathrow Terminal 5 opened at Heathrow Airport many problems, which resulted in the cancellation of over 500 flights.

Karen Matthews was arrested over the disappearance of her daughter Shannon.

The luxury yacht Le Ponant is seized by pirates off the Somalian coast.

Also making news was the disturbing case of Josef Fritzl, the 73-year-old Austrian man who confessed to imprisoning his daughter in a cellar for 24 years and fathering her seven children.

The poor showing by Labour in local elections prompted David Cameron to hail the end of the New Labour era.

Boris Johnson made headlines around the world by becoming the London Mayor.

Moving on to space travel, a Nasa spacecraft sent back historic first pictures of an unexplored region of Mars.

Kate Middleton and Prince William's relationship steps up a gear as her mother is invited to Ascot Royal box.

A huge fire destroyed the historic Grand Pier at Weston-super-Mare, for the second time in 80 years.

The back-from-the-dead canoeist John Darwin and his wife Anne were jailed for more than six years each for fraudulently claiming £250,000.

July saw the release of The Dark Knight at the cinema along with Mamma Mia.

A bunch of 'rare' grapes sells for £465 in Japanese fruit auction.

Historic NASA probe confirms the possibility of life on Mars as water is finally found on the surface of the Red Planet.

British cyclist Bradley Wiggins becomes the first rider ever to successfully defend his Olympic title in the individual pursuit when he takes gold at the Beijing Olympics.

The Olympics became the most watched event on TV ever - nearly 5 billion, 70% of the world's population.

What a month for business… Lehman Brothers bank filed for bankruptcy in the US and triggered Global Recession. In the UK HBOS entered into merger talks with Lloyds to prevent its collapse.

Banks were bailed out, but still their shares fell. Stamp duty was axed on houses below £175,000 in an effort to resuscitate the faltering property market. And there was stock market volatility amid the uncertainty.

Fuel prices were still high in September, which was blamed as a factor in the collapse of  XL Airways, which left thousands of people stranded.

What a month to start a business… Richmond Oak Conservatories is established!

Outside of work he has a passion for Napoleonic & American Civil War history, steam train fanatic, played the drums with a band that supported The Who at a gig in Hastings.

Dave Mounter (Install Manager), the longest-serving member of the team, joined initially as an installer and soon became key to managing the installations, surveys and aftercare. Outside of work he has built his own house in the past, has an interest in Diesel trains and is a Peterborough Utd supporter.

Marcus FitzGerald (Ops Director), not 2008 but 10 years ago this month, joined the team, having enjoyed 12 years of senior management experience with a global visitor attractions brand. He has been a zookeeper for a day, jumped out of a plane at 12,000 ft and ran the Beachy Head marathon twice!

Mark Smith (installer), joins the Richmond Oak team bringing many years of carpentry and industry experience with him. Outside of work he enjoys Elite league ice hockey & Coventry blaze supporter and drinking coffee.

Jackie Morris (Office administrator), 3 years ago this month, joined the Richmond Oak Team, having spent many years working within the construction industry. Jackie has renovated an old stone cottage in France, enjoys spending zen time at her allotment growing flowers and vegetables.

Barack Obama is elected the 44th US President.

Lewis Hamilton became the youngest ever Formula One World Champion.

Teenagers went wild this month at the release of Twilight at the cinema!

Woolworths announced their 807 UK stores will close by 5 January 2009.

MFI ceases trading, closing all 111 of its stores and leaving its 1,400 workforce redundant. The furniture retailer had been in business since 1964, and had used the MFI name since 1971.

We hope you enjoyed our look back at the world as it was when we were just starting Richmond Oak, it was certainly a year to remember for the economy, in politics and new beginnings. Sound familiar!

We are looking forward to the next 12 years and more and would like to take this opportunity to thank all our clients, past, current and new.

Paul, Marcus & all at Richmond Oak 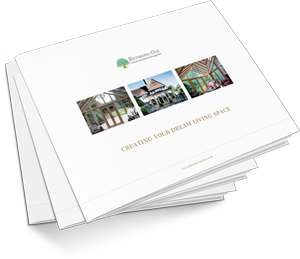 To help you with your project decisions regarding your bespoke hardwood conservatory or orangery, we have put together the new Richmond Oak Brochure. 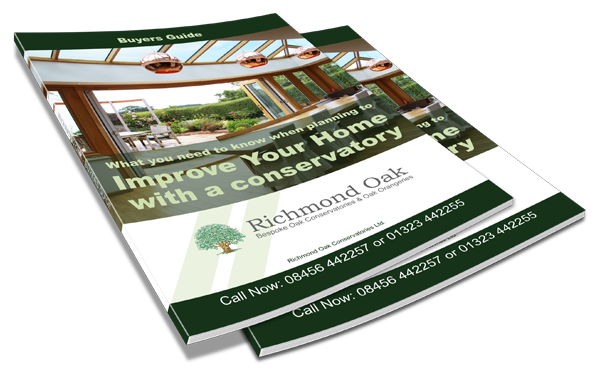 To help you with your buying decision, download the Richmond Oak Buyer's Guide

Submit your details below and we'll rush our Brochure to your email address.
(Please allow up to 15 mins for your guide to arrive) x
We use cookies to ensure that we give you the best experience on our website. If you continue to use this site we will assume that you are happy with this.   OK